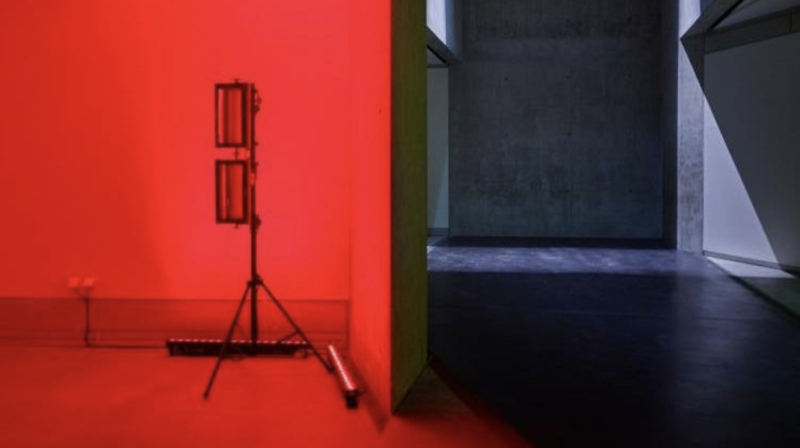 The University Alliance Ruhr and 1014 are co-hosting a public talk on contemporary  art interventions in museums and public spaces.

Contemporary art installations evoke memories and create new contexts to buildings, places, and institutions. In view of the worldwide debate about the role of museums and the significance of art in public space, we invited practitioners and academics to discuss the role of temporary art installations in and around museums: Kate Bonansinga (University of Cincinnati) is a curator and researcher in the fields of Contemporary art, art in public space, and museum practice. Shanay Jhaveri is a curator at the Metropolitan Museum of Art and - among other exhibitions - curated the 2021 façade commission as well as the rooftop commission in the same year. German Artist Mischa Kuball’s work res.o.nant at the Jewish Museum Berlin serves as a reference point and context to this discussion, along with other works on display at 1014.

The University Alliance Ruhr is excited to share our international partner University of Cincinnati's Global Public Health Short Course, which will be held from May 18 - June 2, 2022. The event will feature an excellent line-up of lectures from an international expert faculty. Eligible participants for this course are high-achieving 3rd/4th year bachelor students or graduate/professional students who have a  strong interest in a career in public health.

Join this FREE virtual, four-week short course to gain insight into the field of Public Health with a global perspective. You will be part of a global virtual classroom amongst peers from around the world!

Interested in participating? Applicants should submit an abbreviated CV and a 1-page statement of interest (as one pdf document) via email to priya.nayar@uaruhr.de by April 15, 2022.

More information about the program here.

Two at 1014: Norman Kleeblatt in Conversation with Mischa Kuball

Two of Mischa Kuball’s works on display at 1014 are the product of in-depth research into the work of the cultural scholar Aby Warburg, who developed his picture atlas Mnemosyne in the 1920s. It arranged photographic reproductions of works of art on 63 panels alongside contemporary clippings from newspapers and advertisements in a collage-like manner. The composition of the images aimed to trace gestures and patterns that tended to be similar, ranging from antiquity to the Renaissance to the present day. Through this composition, Warburg wanted to visualize the interweaving of epochs in the manner of a cross-temporal pictorial memory. Retrospectively, his rearrangement of canonized works and their consideration across epochs appear as a visionary anticipation of today's image and media studies.

res·o·nant, the third work on display, is a reference to the walk-through light and sound installation, which was exhibited at the Jewish Museum Berlin exhibited in 2017. Kuball created the installation specially for the new exhibition space on the lower ground floor of the Daniel Libeskind building.

More information on the event and the link for registration here.

The University Alliance Ruhr will be represented in the German Pavilion hosted by the DAAD (German Academic Exchange Service) at the NAFSA conference, an annual reception that will be hosted for partners.

The global international education community unites at NAFSA 2022 to discover the latest innovations, new strategies, and best practices. Establish and build upon institutional partnerships as we come together to develop pathways for a sustainable international education future. Attend sessions developed by education leaders and changemakers across the globe.

On July 20, 1954, the President of the German Federal Office for the Protection of the Constitution appeared in East Berlin. 17 months later, Otto John returned to the West  and was immediately arrested as a defector. A member of the German anti-Nazi resistance that had organized the failed assassination of Hitler ten years before, John had barely escaped the Gestapo in July 1944, hidden in Spain as well as in Portugal, and was eventually evacuated by British intelligence to support their anti-Nazi propaganda efforts, before returning to the Bundesrepublik in 1949. For decades it has remained unclear whether John went voluntarily to the GDR or, as he claimed, was kidnapped by Soviet intelligence. Authors Hett and Wala shed new light on a man who was part of the resistance and who made a career in Germany in the post-war period. The book is an exciting spy thriller from the Cold War that also presents an historic milestone for the nascent German republic.

Michael Wala is professor of North American history at the Ruhr University Bochum. His research, teaching and publications focus on various aspects of American history, international and transatlantic relations, and the history of intelligence services.

Benjamin Carter Hett is a former lawyer and a professor of history at Hunter College and the Graduate Center, City University of New York. He is the author of  "Death in the Tiergarten", "Crossing Hitler", winner of the Fraenkel Prize, and Burning the Reichstag.