John’s story as well as the book reads like a spy thriller. John was part of the resistance that tried to assassinate Hitler, fled after their failure, and later became the first President of the Verfassungsschutz (Protection of the Constitution) in the newly formed BRD. Then, on the night of July 20th, 1954, he left West-Berlin and showed up in an East German radio show on July 23rd, 1954, saying things that sounded like he had switched sides and was now in league with the communist regime. Upon his return to West Berlin, John was tried (and convicted) for treason. John himself said that he had been abducted by the KGB and forced to speak to not be killed. However, what was the truth? Can we confidently look at the evidence and try to decipher what may have happened? These are the questions that authors Hett and Wala tried to explore in their book.

Consul Pamuk gave these narratives life with insightful questions about the role of secret services – present and past, brought the historic significance of John’s statements into a modern context and inquired about the process of writing the book itself. The authors never met Otto John, who died in 1997 but Hett explained that he was friends with John’s lawyer who tried overturn John’s conviction multiple times.

The audience was intrigued and engaged with the panelists with comments and questions about the person of John and the process of researching the book, which took the authors many years, because of complicated processes in obtaining files from government agencies.

The evening concluded with a reception, where many more questions were asked and answered, and the authors and audience thoroughly enjoyed their time.

The evening was organized by the University Alliance Ruhr and Roosevelt House Public Policy Institute at Hunter College.

For more information on the book (in German only) please click here: https://www.rowohlt.de/buch/benjamin-carter-hett-michael-wala-otto-john-9783498030308

For a pdf version of this release please click here. 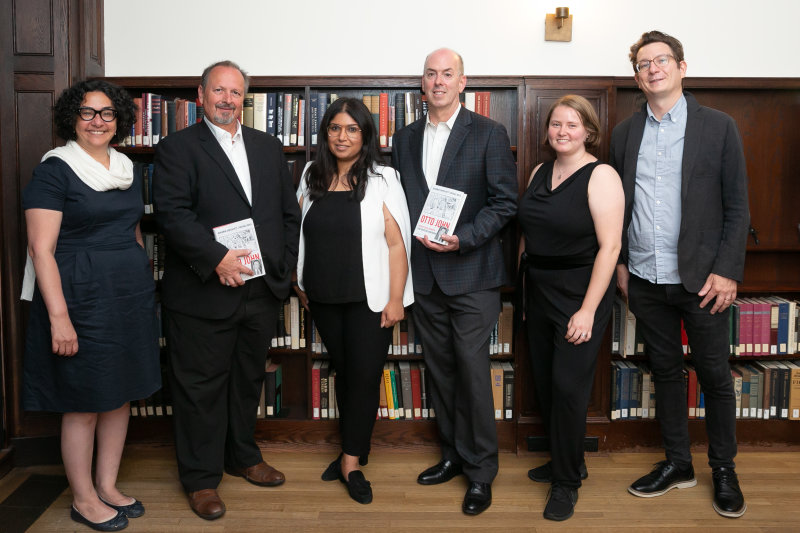