Great news for funding opportunites for scientists and researchers in the Ruhr area: Ruhr University Bochum, TU Dortmund University, and University Duisburg-Essen announced their continuity of permanent cooperation as Research Academy Ruhr. The presidents of the three universities officially signed a cooperation agreement stating their commitment to establish a joint office for the coordination of the Research Academy Ruhr.

The Research Academy Ruhr was founded in 2017 to promote young scientific and research talent from the University Alliance Ruhr (UA Ruhr). The concept is unique in Germany. Under the umbrella of the UA Ruhr, the three universities combine their studies and offers, resulting in an interdisciplinary qualification and networking program, enabling them to provide sufficient support to scientists & researchers. The Mercator Research Center (MERCUR) and the Ministry of Culture and Science of the State of North Rhine-Westphalia funded the establishment of the Research Academy Ruhr until 2021.

Over 2500 doctoral students, postdocs, habilitation candidates, junior research group leaders, and junior professors have taken part in the Research Academy Ruhr Program since it was founded. Workshops, career events, and different formats prepare the participants for a career in research and in non-university related professional fields. Prof. Dr. Wilhelm Löwenstein, spokesman for the project states: "Together, the universities can offer formats and content for specific target group that a single institution could not possibly cover. More over, through our work, we strengthen the cross-university networking of around 10,000 researchers and thus, contribute to an active exchange of knowledge in the UA Ruhr."

The Research Academy Ruhr was awarded by a panel of experts with a certificate of excellence last year. This is "an example of the structural development of networked and needs-based offers for young scientists and researchers that is currently unique in Germany and probably even beyond.". The diversity of offers was emphasized as well as the development of common quality standards.

Based on the positive evaluation, the three universities decided to continue the successful cooperation. The university presidents agree: "With the Research Academy Ruhr, long-lasting structures will be established in cross-university graduate funding, which will make a significant contribution to further strengthen the Ruhr region as a science hub." The aim is to further expand the networking of young scientists and researchers and offer sufficient funding for their development. 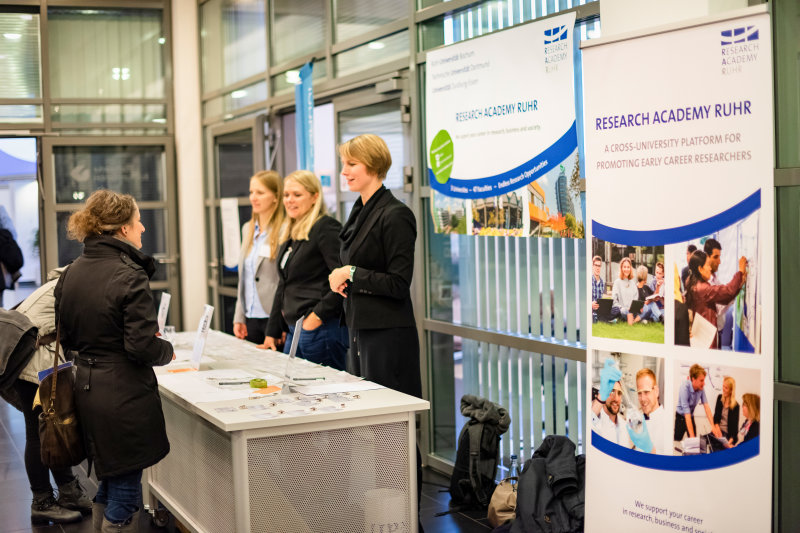