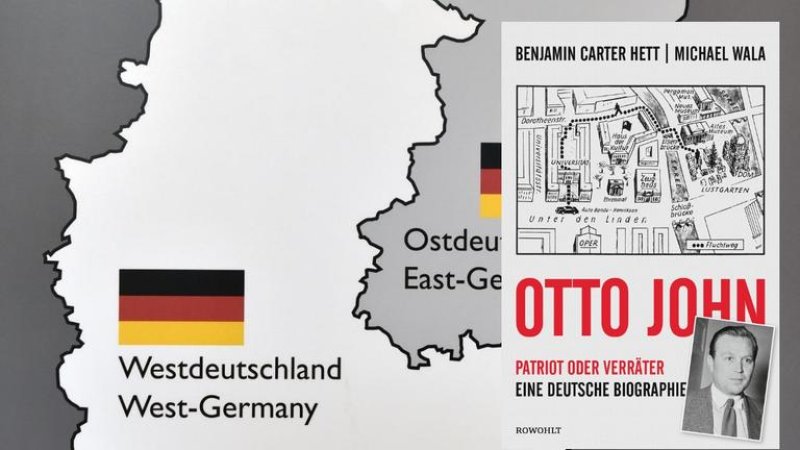 On July 20, 1954, the President of the German Federal Office for the Protection of the Constitution appeared in East Berlin. 17 months later, Otto John returned to the West  and was immediately arrested as a defector. A member of the German anti-Nazi resistance that had organized the failed assassination of Hitler ten years before, John had barely escaped the Gestapo in July 1944, hidden in Spain as well as in Portugal, and was eventually evacuated by British intelligence to support their anti-Nazi propaganda efforts, before returning to the Bundesrepublik in 1949. For decades it has remained unclear whether John went voluntarily to the GDR or, as he claimed, was kidnapped by Soviet intelligence. Authors Hett and Wala shed new light on a man who was part of the resistance and who made a career in Germany in the post-war period. The book is an exciting spy thriller from the Cold War that also presents an historic milestone for the nascent German republic.

Michael Wala is professor of North American history at the Ruhr University Bochum. His research, teaching and publications focus on various aspects of American history, international and transatlantic relations, and the history of intelligence services.

Benjamin Carter Hett is a former lawyer and a professor of history at Hunter College and the Graduate Center, City University of New York. He is the author of  "Death in the Tiergarten", "Crossing Hitler", winner of the Fraenkel Prize, and Burning the Reichstag.

Yasemin Pamuk heads the Cultural Affairs and Science section at the German Consulate General New York. Prior to this, she served as liaison officer and personal advisor to Prof. Dr. Volker Perthes, former director of the German Institute for International and Security Affairs (SWP) in Berlin and senior advisor to Staffan de Mistura, Special Envoy for Syria at the United Nations in Geneva. With her background and expertise in international diplomatic relations and political studies, she will offer an additional significant perspective to the conversation.

Please register for the event here.